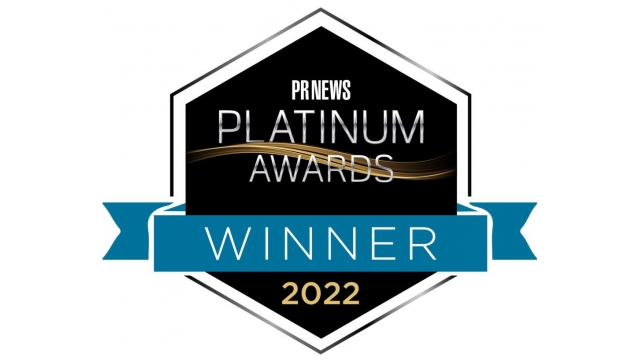 On October 12th, the Florida chapter of the Citizens Commission on Human Rights (CCHR) took home the 2022 Platinum Award in the category of Government Relations. Out of thousands of entries from across the world, CCHR was first picked as a finalist and then the winner for their work to defend parental rights and prevent children from being wrongfully institutionalized. [1]

Diane Stein, President CCHR Florida, worked closely with her team to develop a PR and communications strategy to restore parental rights and protect children from unjust involuntary psychiatric examination, called a Baker Act, through passing of new legislation including the Parents’ Bill of Rights. CCHR partnered with strong, established organizations with similar goals to create a grass roots movement of families that, along with media stories exposing the abuse, would place enough pressure on Florida lawmakers that they would make the issue a priority for the legislative session and pass laws that would restore parental rights and protect children.

“Using social media and other means of communication, we were able to raise awareness on these issues and spur Florida families to contact the members of the Florida Legislature. The success of this campaign showcased that a small group of well-intentioned people can effect meaningful change to better the community at large,” said Diane Stein.

In total, their communications campaign reached tens of millions in the state of Florida and resulted in positive legislation that carried out their goal of protecting families undergoing crisis from abuse in the mental health field.

Copies of the Parental Rights in Florida: A Guide for Parents booklet can be acquired for free on CCHR FL website. “The abusive use of coercive psychiatry is a human rights violation and when this atrocious practice is aimed at children it is unconscionable,” said Diane Stein.

About CCHR: Initially established by the Church of Scientology and renowned psychiatrist Dr. Thomas Szasz in 1969, CCHR’s mission is to eradicate abuses committed under the guise of mental health and enact patient and consumer protections. L. Ron Hubbard, founder of Scientology, first brought psychiatric imprisonment to wide public notice: “Thousands and thousands are seized without process of law, every week, over the ‘free world’ tortured, castrated, killed. All in the name of ‘mental health,’” he wrote in March 1969.

Scaling down with other QuickBooks options when needed